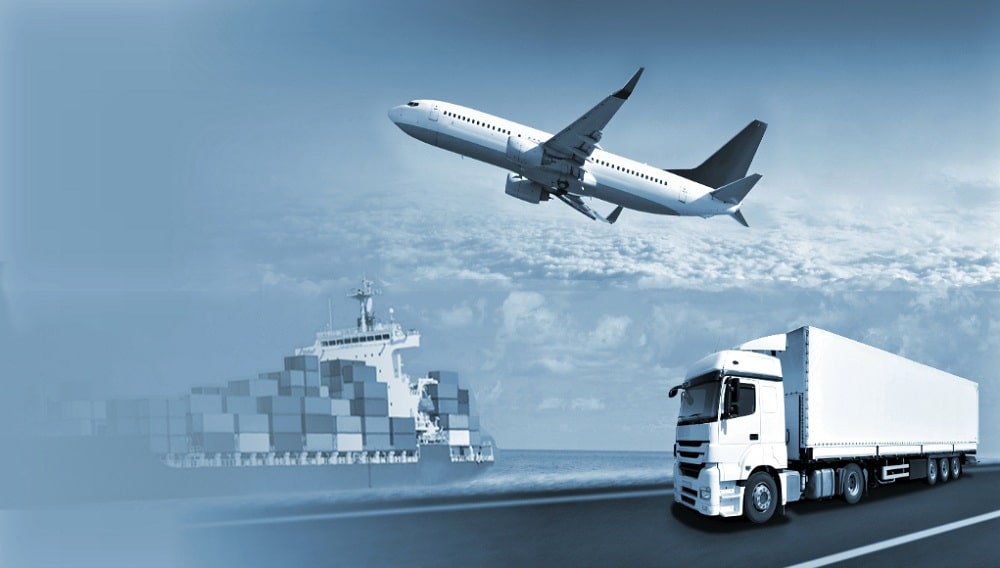 Blockchain software development is changing the way business is conducted in industries worldwide. It is a very secure method of information sharing and creates a permanent digital public register of transactions that can be distributed and accessed among a distributed network of computers. Even though blockchain was originally developed to monitor and secure bitcoin transactions, has quickly spread into many other industries because it maintains a constantly growing list of records or transactions, called blocks, which are impossible to tamper with, hack, or revise.

Nowadays, 90% of goods in world trade are transported by the shipping industry, but the supply chain is hampered by the complexity and sheer volume of point-to-point communication across a loosely structured web of land and sea transportation providers, customs brokers, freight forwarders governments and etc. Processing the documentation and information for a single container of goods is expected to cost more than twice the actual transportation cost of the container.

The advocates of this technology hail the sharing capabilities of this technology, which allows for many opportunities for logistics/supply chain application. The advantages for the industry include improvements in transparency and data sharing throughout the supply chain, better order tracking, reducing errors and enhanced fraud detection.

Blockchain also presents sizeable cost-saving opportunities for the industry. For example, the air freight sector may be ideally suited for blockchain because due to high safety and security requirements. Because blockchain cannot be hacked, it allows intermediaries in the air cargo chain, from shippers to carriers, from handlers to customs, to communicate safely cheaply and effectively.

As for the customers, with blockchain technology, they will now be able to see every stage of their product’s journey before it arrives in their hands.

Most people know almost nothing about the products they use. There is an enormous network of distributors, retailers, storage facilities, transporters and suppliers that stand between the consumer and the store which will no longer remain hidden. Thanks to blockchain, consumers will be able to make more informed decisions about the products they buy.

Blockchain Technology is Already in Use Today

Belgium-based Port of Antwerp, which is the second-largest European port by container capacity, has launched a pilot blockchain project focused on logistics automation. According to the Port of Antwerp, they are seeking ways to utilize blockchain technology to automate and optimize the terminal’s container logistics operations. The goal is to speed up the interactions between port customers to prevent the malicious falsification of data.

Currently, moving containers from one point to another involves more than 30 different parties, which include carriers, forwarders, terminals, haulers, shippers, drivers and many more. As a result, there are hundreds of interactions between these parties conducted via e-mail, phone and fax. The paperwork alone accounts for around 50% of a container’s transfer cost, according to sources in the Port of Antwerp.

Also, the Danish shipping giant, Maersk, has teamed up with IBM to develop logistics software which addresses this problem with a distributed permission platform accessible by the supply chain ecosystem, designed to exchange event data and handle document workflows. Maersk and IBM are using blockchain technology to create a global system that cannot be tampered with to digitize trade workflow and track shipments from origin to destination, thus eliminating frictions such as point-to-point communication. The results of their work will allow companies to track millions of container shipments annually and integrate with custom authorities on chosen trade lanes.

In a recent analysis conducted by Maersk, shipping one container of flowers from Kenya to Rotterdam result in a total of almost 200 communications. Using this as an example, they examined how blockchain has been implemented to create trust and security in the digitized document workflow and optimize global supply chains. The entities involved in the transactions are growers, export authorities and customs and importers. Shipping from the port of Mombasa requires signatures from three separate agencies which must approve the export as well as six documents describing the origin, chemical treatment quality, and customs clearance.

MORE INSTERESTING POSTS
How Logistics Software Reduces the Cost of Transportation
From tougher global trade conditions to growing driver shortages, 2018 is chock-full of challenges in logistics. One of them is freight management.
Article, Logistics, Software Development
Major Concerns of Retail Logistics Software
Retail logistics software is a vast topic that can be analyzed as a group of subdomains including but not limited to:Container and pallet loading software  Last mile logistics solutions  Parcel softwareThis post will cover the challenges facing these three realms, including solutions that already exist as well as logistics management software still lacking in the market.
Article, Logistics
What is the Impact of Big Data on Logistics and Supply Chain
Disruption and uncertainty. This is how PwC described ever-changing customer behavior. Today, B2B companies demand quicker shipments with more cost efficiency and visibility, while B2C customers show persistence in going digital. What is the outcome? Retailers and supply chain players are jumping on the tech bandwagon to keep afloat.
Article, Logistics, Big Data & Highload

With developments in blockchain technology, the Kenyan farm can submit the packing lists via PC or mobile device, which will be visible to all participants. This launches an efficient contract and export approval workflow between the three agencies. As each agency signs off, it will automatically become available for other agencies to see. At the same time, the necessary information about the inspection of the flowers, the sailing of the refrigerated container that needs to be picked up by the driver and the approval from the customs authorities will be reported to the port of Mombasa, thus allowing them to start preparing for the arrival of the container.

Retailers are also employing blockchain technology to track goods throughout the supply chain. For example, Walmart has launched a pilot project to leverage the distributed ledger technology to track the origin of pork in China and its production in the U.S. This technology can shine a light on places where the supply chain can run more smoothly by dealing with mistakes and missed deadlines as needed. According to the latest statistics, 42% of companies in retail and manufacturing spheres are planning to spend about $5 million on such technology.

BE UPDATED ON Logistics

At Innovecs, we understand the importance of blockchain technology in logistics. We serve logistics companies, retail chains, manufacturers as well as medium and large enterprises to develop PoC and pilots joining logistic and blockchain software to help better analyze and understand benefits for the supply chain management process. We develop software solutions to meet your supply chain needs thus creating cost-saving advantages for your business. Find out what Innovecs can do for your business today!

Since blockchain provides the secure exchange of data and a tamper-proof repository for documents and shipping events, this system could significantly reduce the delays and money wasted on fraud which amount to billions of dollars annually. According to the World Trade Organization, the reduction of barriers throughout the supply chain could potentially increase the worldwide GDP by 5% and the total volume by 15%.

Blockchain technology has many features and characteristics that can be useful in the logistics industry. The true scope of blockchain technology is unlimited and can bring many benefits to all parties involved, especially for customers. With the world revolving more and more on the IT industry and mobile devices, blockchain will become a method of improving and connecting industries worldwide.

4.89 5.0
23 Reviews
YOU MAY ALSO LIKE:
Message from CEO Alex Lutskiy on COVID-19
To all Innovecs employees, clients, and partners As the COVID-19 outbreak continues to develop and affect people globally, I want to personally update you on the steps Innovecs is taking to maintain our business operations and ensure the health and safety of our staff. We remain committed to ensuring the superior service our clients have come to expect from us. We monitor the situation closely and remain watchful to the recommendations of government and public health authorities. Our R&D teams, as well as all other employees, continue to work remotely, and we are ready to adjust the measures in response to changing quarantine circumstances. We have established a special COVID-19 team within senior management to respond to the ever-changing impact of the coronavirus and to protect employees’ health and safety. We have also set up regular online meetings to keep up to date and plan activities so that we could advise our customers and coordinate our teams accordingly. And we continue to provide our internal and external audiences with the relevant webinars and online events with regard to the new world order. To combat the spread of the disease in Ukraine, Innovecs has created the “Innovecs COVID-19 Fund” in the amount of 1,500,000 (one million and a half) hryvnias. The fund is directed to support the initiatives that fight coronavirus, as well as to ensure the safety of the company’s employees and their families. As part of this initiative, Innovecs purchases and installs an oxygen pipeline system at one of the Kyiv hospitals. This is a challenging period for everyone, and the situation is changing rapidly, but Innovecs is responding to it with unity, as a company, and as a team. I believe that when we stand together through moments that bring uncertainty and seem dark, we come out even stronger in the end.  Thank you for your patience and attention throughout this stressful time. As an employer and a partner, Innovecs is confident in our business continuity plan and our ability to provide support to our clients and staff. It is my sincere hope that our efforts and those of businesses, communities, and governments will empower the containment of the coronavirus and enable a speedy recovery for people around the world. In the meantime, let’s stay safe and help others keep safe too.   Sincerely, Alex Lutskiy Innovecs CEO & Founder
News
Software Solutions and Technologies to Counter the Coronavirus Pandemic
The article was originally published here – https://hackernoon.com/software-solutions-and-technologies-to-counter-the-coronavirus-pandemic-xr383y4n BlueDot, a Toronto-based artificial intelligence company, was first to spot the mysterious virus causing pneumonia in Wuhan. On December 30, their systems, backed by machine learning algorithms, flagged the outbreak of a new infectious disease. They alerted hospitals, governments, businesses, and other clients from the private sector about the danger. Only 9 days after BlueDot’s discovery, the World Health Organization (WHO) made an official announcement about the spreading of Covid-19. Not a human, but a smart technology system, alerted the global community. The same way technologies can help us survive this pandemic.
Article, Healthcare, Retail & eCommerce, AR / VR, Software Development
How Predictive Maintenance Solutions Boost the Manufacturing Process
Predictive maintenance is often discussed by McKinsey, an American management consulting company, in its reports. They announced a $1-4T value creation in 2025 because of IoT (Internet of Things) in factory settings globally. And a huge part of this value is the result of industrial analytics and predictive maintenance implementation.  Applying predictive maintenance tools isn’t necessarily smooth—most companies discard 98% of the data collected. They’re unable to integrate collected data fully into the operational workflow due to the lack of predictive capabilities. In such cases, predictive maintenance software is one of the ways to adapt collected data into learning necessities to carry maintenance out. To implement the described tool, a variety of PdM solutions are introduced to the market.  So, what does predictive maintenance mean and why does it matter? Let’s talk about this and try to identify the basic industry challenges, enumerate PdM benefits, and outline strategies for the successful application of IoT predictive maintenance programs.
Article, Logistics, Machine Learning
Table of Contents
LET’S TALK