Reasons Why Outsourcing of Software Development is a Right Solution

Globalization and innovative technologies give companies the opportunity to save resources and streamline business processes. Outsourcing is one of the most common methods and modern trends. Delegating some of the functions to other companies, on one hand, reduces costs, but on the other, concentrates on the development of the main lines of business. Moreover, this is an additional way to attract external resources – knowledge, experience, to involve fresh staff without excessive obligations and risks.

Here are 5 reasons why outsourcing works and makes sense.

How To Avoid Outsourcing Risks

Presumably, all agencies or start-ups wanting to save costs have never thought about IT outsourcing to Poland, Ukraine, or India. Together with the greatest advantages and reasons how and why outsourcing software development works, there are still certain risks. Outsourcing can work if you follow a few rules. Another advantage becomes clear only at second glance: No matter which programming language, developers are almost always available at short notice. Every year, 20 times more software developers leave universities in India than in the USA, and the Indian IT industry employs more than 4,000,000 people. For an agency that is currently looking for iPhone developers in the USA labor market, these are almost perfect conditions. 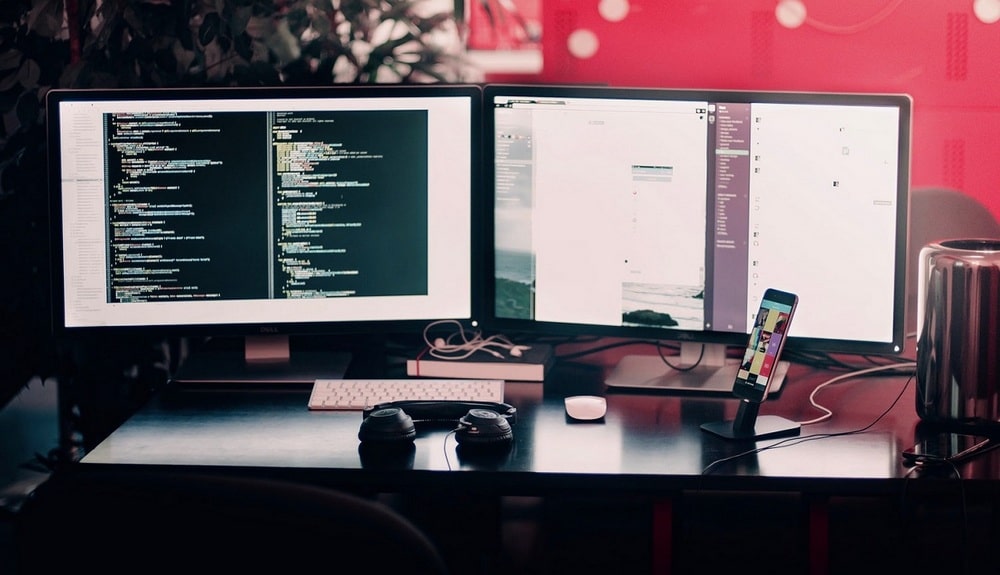 Here Are The Most Important Rules Following Which Outsourcing Makes Sense

1. Keep a realistic picture of your project
Time passes, but one thing remains unchanged: startups and small businesses try to implement an extensive scope of projects with as little financial input as possible. There are cases where the projects only go as far as being implemented by the cheapest contractors via dedicated websites – all for the sake of budget savings. Some people, however, do not take into account that such a solution is rarely a working one. An implementation of a Youtube clone for $500 is just unrealistic, even if the idea seems like a shortcut to get a huge profit at first.
Note: the fact that outsourcing software development is cheaper does not mean that you won’t have to assess your implementing capabilities realistically and employ significant investments.

2. Have a detailed plan for your project
A specification sheet, project planning and project controlling are basic parts of every project that you consider seriously. How should someone at the other end of the world know what you want if you do not know it yourself?

3. Pay attention to intercultural communication
Basically, the developers from other countries understand what you want from them. Nevertheless, there may be misunderstandings due to cultural differences. A typical “submission of the software at 12 o’clock” means that too. What seems clear to us can be occasionally interpreted by members of other cultures in the wrong way. Even in European countries, one can come across such experiences. So a Spaniard who is two hours late for an appointment just has the feeling of being slightly behind schedule, whereas for Americans being late for more than 15 minutes is really annoying. Actually, it can even lead to the termination of the contract.

YOU ALSO MAY BE INTERESTED IN THESE POSTS
Challenges in Software Development Projects: Experience Gained by the Innovecs Tech Team
Running IT projects can be painful even in Agile-driven environments. The 2017 PMI findings say 14 percent of them fall short of business expectations. This figure is not as big as it used to be five years ago, but it shows IT project failures do occur, and there are still many rabbits to pull out of the hat. What difficulties can put software development projects at risk? We have asked top engineering managers at Innovecs to name the most common ones and suggest possible solutions to avoid project failures.
Article, High Tech, Software Development
Fraud Detection Software to the Rescue for E-commerce
Online merchants are going to be facing many new threats. Online fraud, in particular, is radically different from the fraud typically observed in brick-and-mortar businesses. For instance, TD Bank has reported that 44% of professionals in the financial industry have defined online payment fraud threat as the number one concern in 2019, a 14% increase compared to the previous year. This is why online merchants need effective fraud detection software to spot suspicious activities faster and minimize the damage.
Article, Retail & eCommerce, Software Development
Freight Management Advances as Uberization Comes into Play
Freight management goes digital to overcome the capacity crunch. From the early 2000s until the present, a new model of consumption has been gaining momentum. It is the so-called sharing economy. In contrast to the traditional business model, it connects customers and suppliers through digital platforms providing shared access to skills, assets, and services. Here is how it differs.
Article, Logistics, Software Development

In order to avoid misunderstandings in terms of content and deadlines, such obviously self-evident points should best be made in writing. However, there are differences to note, especially with Asian cultures: a “yes” is not always to be understood as an American “yes”. These differences often lead outsourcing companies to unprepared companies, and such complications can be easily avoided with a well-structured approach and accumulated experience. The contact with other cultures can even be an interesting enrichment for the daily work of both sides.

4. Mind the culture and religion
A special point in the cultural differences is religion. For example, if you work with an Indian developer, keep in mind that it is a common thing to have a rest from work not only on public holidays such as Gandhi’s birthday but also on some Hindu holidays. If your company is from the US and your partners are from Ukraine, your teams would probably have different state holidays as well. If you didn’t know such peculiarities beforehand, you can mess up the work. That’s why it is best to ask the developer for a listing of state or the religious holidays in the early stages of cooperation.

5. Engage the developer as much as possible with your team
A developer from Asia or Eastern Europe should not be a foreign body in the company. If you simply specify that a product X should be completed in Z days, the result is usually devastating. Many bad experiences with outsourcing have their origins in such an approach. It is a great idea to integrate outsource developer into the company’s internal project planning and the project controlling. This should be one of the most important rules for successful outsourcing to a developer.

Companies choose outsourcing directions depending on their needs and financial possibilities. Some dedicate only two or three functions to the outsourcing, for some, it is easier to keep a staff of ten employees and at the same time outsource the maximum amount of work. Nevertheless, they have one goal – to increase the flexibility of the company’s business model and reduce operating costs. Given the growing popularity of outsourcing, it copes with this task. Just try it!

4.88 5.0
28 Reviews
YOU MAY ALSO LIKE:
NRF 2020: Results that Innovecs Has Delivered
NRF 2020, the biggest retail conference in the world, took place on January 11-14th in New York at the Javits Center and brought together the best minds of the retail industry. The conference provided insight into the retail industry, introduced new technologies, trends, and services. NRF 2020 allowed for networking opportunities and making new connections. This retail big show featured over 400 top industry speakers, 40000 attendees, and 200 workshops and sessions. This year, the list of speakers included experts from companies such as Amazon, Alibaba, Microsoft, Ralph Lauren, Samsung, Mastercard, Reebok, Marks & Spencer, American Express, and others, and others.
News, Retail & eCommerce
Machine Learning In Healthcare To Enhance Your Solution
The American Hospital Association has published its 2020 strategic report to the Healthcare IT News Platform. Among the other top trends, machine learning in healthcare as an effective solution was singled out. Telehealth and AI technologies were also emphasized as being capable of helping health systems in dealing with staff shortages, impacting the skills and competencies needed, securing patients’ health records, and increasing clinical opportunities immensely.   Widespread usage of machine learning and AI is predicted in the following fields: administrative, financial, operational, and clinical. Considering these facts, custom healthcare software development seems to be highly demanded to improve monitoring of people’s health, assist in disease predictions, and protect data. Let’s see it in more detail.
Article, Healthcare, Machine Learning, Software Development
The Future of Retail 2020: Top 4 Retail Industry Trends
Matthew Shay, president of the National Retail Federation, commented on the retail industry’s achievements in 2019 and provides insights into the future of the industry in 2020 in the December 30th, 2019 episode of the NRF podcast.  He stated that 2019 was an amazing year for the industry with a lot of accomplishments. Regardless of multiple uncertainties in the political environment, such as the impact of the US-China trade war or US-Canada-Mexico relationships, retailers have found ways to become successful.  According to Mr. Shay, in 2020, the industry will keep transforming digitally and adapting to new political and economic fluctuations. At the NRF 2020 conference this year, hundreds of industry leaders will discuss retail trends. For those attending the event, we have outlined the top retail technology trends to help prepare for the big show.
Article, Retail & eCommerce, Machine Learning, Software Development
Table of Contents
LET’S TALK