Imagine a warehouse, just like the one pictured below, packed with thousands of boxes. Now imagine a vast network of warehouses with a myriad of new packages arriving daily.

Warehouse workers walk from one aisle to another, manually count the number of boxes on each shelf, record the data, and verify if this number corresponds to the quantity indicated in the database. 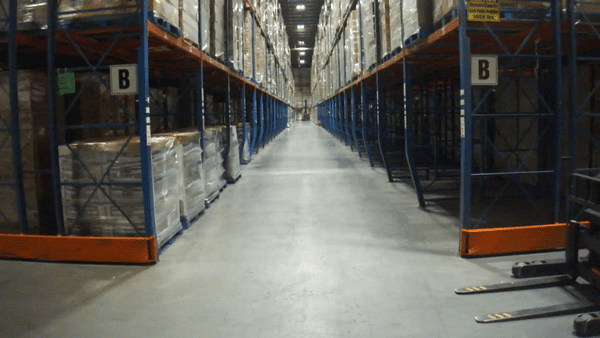 At Innovecs, we have been working on a state-of-the-art AI-powered robot which can cope with this task. It is capable of saving a lot of time and budget. Even though it may sound like something out of a sci-fi movie, Innovecs is making it a reality. We already have a prototype developed and the robot itself will be fully operational in 6 months.

This is a very time consuming and costly process. Workers spend hours walking around the premises to keep track of all the inventory. Furthermore, human involvement is error-prone. It is easier to make a mistake while counting and record wrong information. This can wreak havoc in the warehouse management and result in running out of stock when it is required and delays in shipping. Automated warehouse seems to be the right way out. Using automated warehouse robots can significantly optimize the entire inventory management process.

The project goal is to develop the warehouse automation software enabling the robot to calculate boxes within an image using the OpenCV and Tesseract technologies. These boxes will be stored in a big warehouse with labelled rows such as in the picture below. 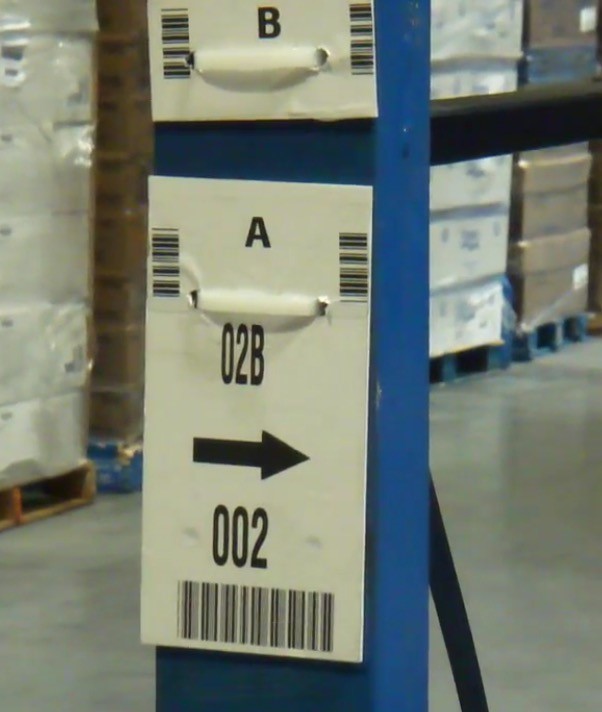 The robot must be able to:

Developing the warehouse automation robot which can accomplish all the above stated tasks poses difficulties, yet interesting challenges to overcome. They run as follows:

BE UPDATED ON LOGISTICS

The Warehouse Object Detection and Analysis

To make the robot cope with the inventory count, it should be able to do two things: detect an object and analyze it.

For the object detection, the warehouse robot defines whether the object is in the frame or not and figures out its approximate location. We use OpenCV for that, since its features are better suited. For the object analysis, we use Tesseract, since OpenCV does not include OCR (Optical Character Recognition) libraries. OCR is a popular technology used for text recognition inside the image. There are two general settings where OCR is applied:

Controlled: Images taken from a scanner where the target is a document with clear fonts, perspective, orientation, and background consistency.

Tesseract is better when used in the controlled setting, such as a warehouse, that is why we decided to make use of it. Generally, retraining OCR will not directly improve detection, but may improve recognition, especially for the scene text OCR.

The final product is going to be a warehouse robot placed on the forklift (like the one shown below) and powered by artificial intelligence. Thanks to an advanced computer vision, it will be able to accurately identify, locate and record in-store package data even if boxes are placed just above the ceiling. 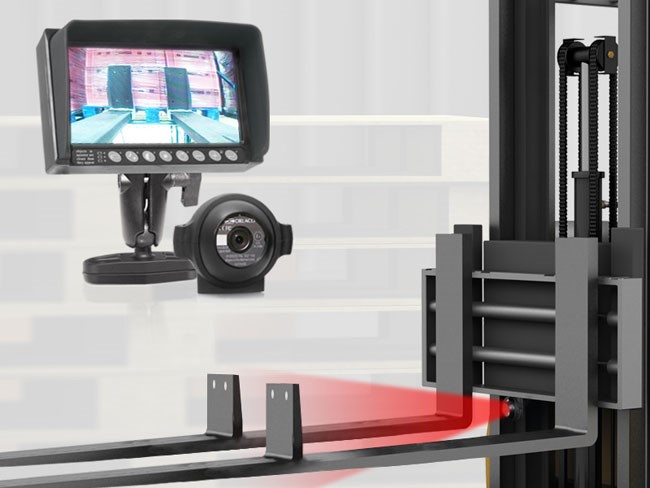 Equipped with such inventory count robots, the warehouse managers can set inventory sweeps at schedules they need and increase their frequency.  It will help receive updated stock data every one or two hours and significantly improve storage and placement as well as minimize ineffective movements of the warehouse workers and machines used. Furthermore, such robots are very compact allowing more space for the inventory storage.

It is only one out of many examples of the innovative software solutions Innovecs can develop from scratch. We are always open to new, exciting and challenging projects which require the application of the emerging technologies including machine learning, artificial intelligence, the Internet of Things, and more. Get in touch with our team and learn what type of software we can create for your business to prosper.

4.91 5.0
16 Reviews
Dmytro Ryabokon
Dmytro has PhD in Engineering in the field of Artificial Intelligence. His professional experience includes over 10 years in teaching and scientific activities (Kyiv Polytechnic Institute, Institute for Applied Systems Analysis; Taras Shevchenko National University of Kyiv, Faculty of Cybernetics). Additionally, he has more than a decade of project management experience in product R&D companies (Finance, Logistics) as well as big outsourcing programs (Deutsche Bank, LG Electronics).
YOU MAY ALSO LIKE:
Types of Cloud Computing: Make the Best Choice for Your Business
Cloud computing is a convenient on-demand delivery of various IT resources such as data storage, database, applications, servers, networks, and more. Customers have a unique opportunity to access and release this pool of highly customizable and omnipresent services autonomously. The key reasons businesses embrace cloud are cost savings, reduced workforce, and easy management of their IT workloads. The pace of the global market’s growth is incredible. Cloud was already mainstream the previous year and will hit US$330 billion in 2020. The pandemic also drives cloud services adoption, as the recent research reveals.However, before making a switch, customers need to realize it is not something to break into. It is crucial to learn the privileges of different types of cloud computing, common pitfalls, and possible risks.
Article, Cloud
Benefits of Telehealth Software Solutions for Patients and Doctors
For non-emergency dermatology issues, a new patient from Boston has to wait over 70 days for an appointment with a doctor. People with heart disorders and obstetrics-gynecology requests in Washington and Boston accordingly have to expect for more than 30 days.Even though the wait time to see a primary care physician (PCPs) can be less than 20 minutes, getting an appointment turns out to be a real challenge. 60% of people expect over two weeks only to arrange a visit to a PCP.The wait time grows each year, making it impossible for people to get the necessary medical assistance in due time. The doctors’ rating and patients satisfaction drop down because of this. The 9th Vitals Report states that 84% of patients think acceptable wait time is of significant importance in the overall experience at the medical institution. Moreover, 1 in 5 respondents in this report states that they had to pick another doctor because of long wait times.It is no surprise that people are more likely to use telehealth software to get individualized and proper care instead of traditional medical institutions. In this article, we will discuss the state of telehealth, its benefits for both patients and doctors, and learn some successful telemedicine applications in real life.
Article, Healthcare, Mobile Apps Development, Software Development
Andrew Slusher from SMC3 and Sushant Pandita from Maersk Talk on the Supply Chain Today and Beyond
On June 24, 2020, Innovecs hosted an online discussion dedicated to the state of the supply chain industry within the pandemic environment and more. John Colón Jr, Innovecs VP of Sales, moderated a fruitful conversation with Andrew Slusher, the CEO at SMC3, and Sushant Pandita, the Global Program Director at Maersk. They talked about solutions that could make a positive contribution both to businesses and customers during this time and beyond. We would like to outline the key points of the conversation and provide some recommendations on how to fight supply chain challenges through the example of Maersk and SMC3 giants.
News, Logistics
Table of Contents