When thinking about software development, there are a couple of activities which haven’t been given enough attention; these are the documentation and process of testing.

Documentation being text that gives an explanation as to the workings of a program or how one would go about using it, coupled with illustrations to help convey these instructions in pictorial form. 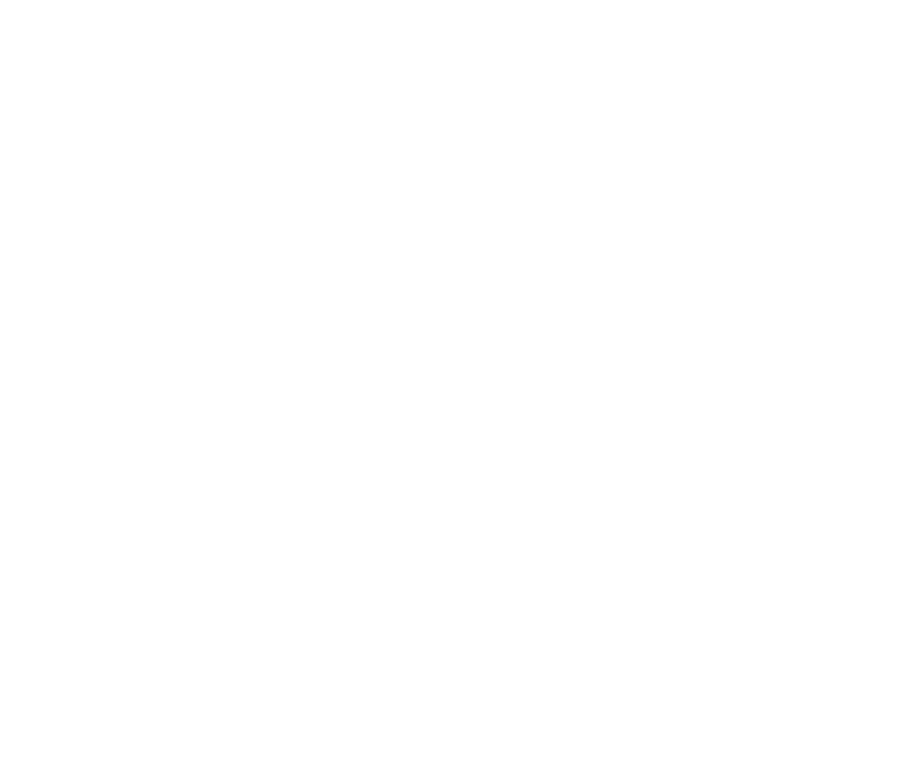 The problem is that developers regularly find out that documentation isn’t always useful. A lot of the time documentation can’t even be trusted as it doesn’t line up with the exact code being described and is often out of sync. Dynamic projects that are constantly changing are a good example of where documentation and testing don’t always work as planned.

When software testing is considered, developers can often feel it’s the job of testers to try and break the coding that has been crafted over many hours. Therefore, testing becomes undervalued as well. However, the Manifesto for Agile testing carries one broad guideline: to place greater value on working and functional software above comprehensive and coherent documentation. This actually results in testing of agile projects of DevOps to increase in value.

The concept of agile development plays out by testing first as opposed to testing upon completion of conventional development. Pretty much all DevOps situations utilize project management in an agile fashion to promote increased levels of synergy between an industry technology department and users. This helps to produce and provide software to meet a business users’ dynamic requirements, effectively constructing a continual arterial DevOps software conduit between yourself and your consumer. Get to know Innovecs’ expertise and resources in various industries that are at hand to help develop complex software solutions through software testing and outsourcing services.

Having a working and stable delivery conduit between you and your customers creates a DevOps way of cooperation between teams who are involved in the delivery of software. Other benefits of this are reduced costs, less time being taken up and the risk involved when delivering changes in software as it allows for more cumulative updates to be provided for applications under production. Ultimately this results in teams being able to produce software in shorter cycles, making sure software can be effectively released any time.

In agile development, testing isn’t seen to be something that is separate to coding, but more as an important part of software development. The process of going through testing and putting together coding is done cumulatively and co-actively which means features are given a chance to evolve and change depending on the requirements of your customer. Testing in an agile fashion encompasses all considered variations of testing that includes unit, load, functional and performance tests. You can consider Agile testing to have four quadrants:

– Quadrant 1 being tests of a technology-facing variety to help the development of guiding, such as API, unit, components and web services tests. These tests, regularly associated with test automation, help improve upon product design.

– Quadrant 2 includes tests in a business-facing manner which also help guide development. These tests are for functional, prototypes, story and simulations to make sure a piece of software is right for the business.

– Quadrant 3 also covers tests of a business-facing manner, but this helps to evaluate the product. These tests cover exploratory, scenario-based, usability, user acceptance and alpha or beta tests. These can come in the form of demos which have been designed to absorb feedback from real users. These tests are considered to fall under testing in a manual fashion.

Agile Testing Quadrants is simply a taxonomy for teams to follow to help plan testing phases and make sure there aren’t any rules set in stone about which tests belong in which quadrant. Get to know more about our QA expertise in the case study on Search Data Platform we’ve created and tested from the ground up.

Dividing tests into four quadrants helps teams create strategies to see if appropriate skills required to conclude each type of testing are present, or if the right software/hardware/data/test environments are present. This makes workgroup communication much easier by having a tool in test management to allow teams to work side by side at all times.

DevOps teams utilize testers to influence the best practices available when considering agile testing, test-directed development, and continuous integration in order to speed up the testing QA processes. Automating tests helps in this process, i.e. GUI, integration, API and the testing of units. Agile testing experts prefer automated unit and component tests over other tests seeing as these show which present the best ROI (return on investment). Should developers do test-directed development, a unit test program which has been written is required before the writing up of application code.

However, a unit test in test-directed development is usually designed to continue failing until sufficient application code can be written to meet the prerequisites of the test. Having the test setup beforehand makes sure developers comprehend the behavior needed from the unique code in question. TDD unit tests can be easily automated as they have the ability to be kept and utilized as backsliding tests whenever required. A lot of agile DevOps teams choose to go for approaches that involve testing first as well as doing testing in a bottom-up fashion for unit and components. Such approaches mean testing can be repeated incrementally as components of software get produced.

Automating tests works by having a larger amount of tests running over and over to ensure an application doesn’t falter when changes are made. The majority of Agile DevOps teams execute the automated tests as part of a continuous assimilation process of building. Many other DevOps teams ensure the efforts in automation is simplified by relying on the test automation framework that is made from sources of test data, function libraries and other recyclable modules which can piece together like blocks when building. These building blocks ensure teams have the capability to create automated tests distinct to differing businesses. For example, a specific automation framework to help automate GUI tests might be required if the end user expects to see a speedy and intuitive user interface. 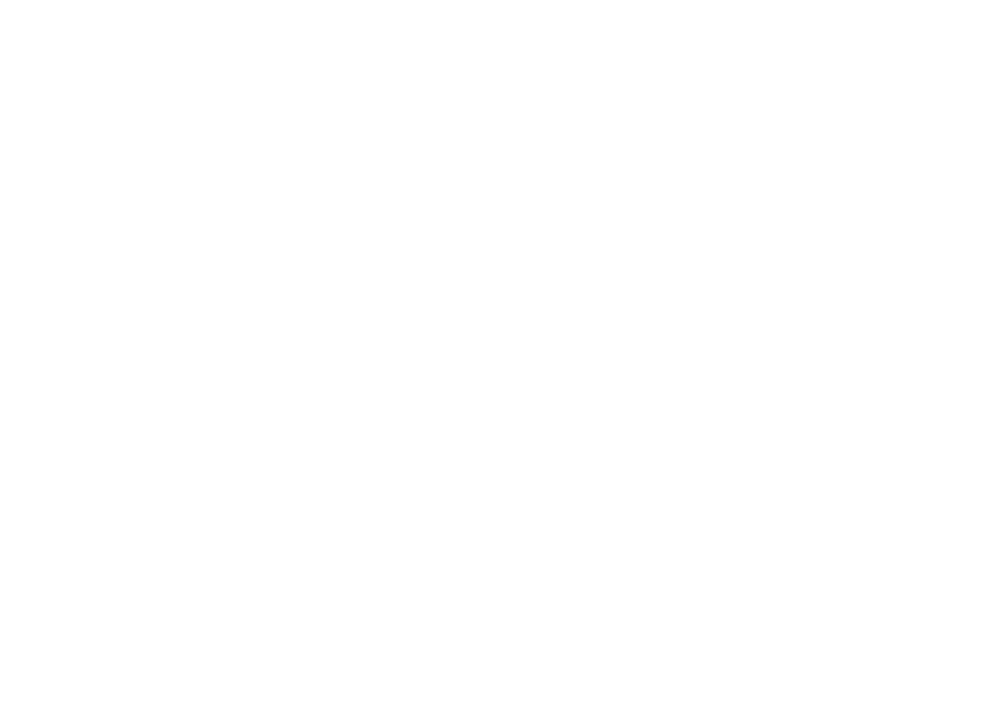 These frameworks usually have the following factors:

– Custom Code: Such code is specific to a team’s needs. It includes abstractions for talking with view-level or page objects, checking a database, talking to web services, etc.

– Framework: Robot and Cucumber are a couple of frameworks that can be used to help teams write code to focus on a problem that’s being tested. Sometimes this helps the test to be recycled across different apps, web browsers, etc.

– Driver: A driver can speak with an application’s UI. For example, Selenium WebDriver contains different drivers that can individually manipulate different web browsers such as Chrome, Microsoft Edge, and Mozilla Firefox among others.

– Application: Or in other words, the UI technology itself being tested. For instance, a native Windows or iOS desktop application, web browser, etc. 2016 showed a bulk of projects were being executed in an Agile way and nearly a third of those used a customized Agile version. This also helped show that a number of organizations didn’t have the right amount of automated tests or perhaps that they ran out of the time needed to run all required tests.

YOU MAY ALSO LIKE:
Innovecs Recognized Among Top-quality Software Development Companies in 2020
We are excited to announce that the SoftwareWorld platform has added Innovecs to its ranking of the best Custom Software Development Companies in 2020. It is an honor for us to appear among the world’s top software developers in our industry. This significant achievement is remarkable in terms of recognition by international organizations, and simultaneously very significant in the development of our company.The SoftwareWorld itself identifies the best Custom Software Development Companies, which are demonstrating excellence in building, deploying, and implementing customized software to the customers. The software development industry is perennially changing, making it hard for newcomers. That’s where top-rated companies can come up with solutions that will help and boost other companies in the business — and it is great for us to be among them. Year after year we continue working on our professional expertise and the quality of our services, building trustful relations with our clients and partners. Innovecs is a reputable custom software development company, offering profound expertise in many fields and delivering top-notch outsourcing services to its clients. If you need to launch and maintain complex software projects, our experts are ready to help. We look forward to exploring new opportunities to work together! ABOUT SOFTWAREWORLD SoftwareWorld is a software review platform that showcases top software solutions suitable for various industries, providing a comprehensive review service by comparing the best software solutions available on the market. The platform creates unbiased lists of the top software solutions by category, helping businesses find the right solution for them.
News, Software Development
Top 10 Software Development Trends To Add Massive Value To Your Business
An unstoppable digital transformation has already affected hundreds of spheres, from supply chain management, e-commerce, public sector, to fintech, healthcare, and retail. Companies worldwide strive to embrace the latest tech to remain competitive, increase customer loyalty, and accelerate revenue streams.Many organizations are using blockchain smart contracts for seamless and secure cooperation with partners. Other representatives of modern businesses adopt AI-driven solutions to provide clients with human-like and personalized service. All these technologies seemed to be far-reaching goals a decade ago and now are being implemented and used successfully. Therefore, in this article, we highlight the best software development trends that will certainly grab attention in the next couple of years.
Article, AR / VR, Big Data & Highload, Blockchain, Software Development
Data Integration: Ultimate Guide for Your Business
Collecting large amounts of information is a pain point for today’s businesses. Industry leaders seek not only the solutions to gather massive data streams, but also tools to gain insight into the entire business system. Data integration can be the solution to resolve multiple issues associated with the processing of large sets of data. In this article, we uncover the meaning of the suggested term, define the core types, tools, and strategies for its successful incorporation. Since data integration (DI) can be interpreted quite differently, depending on the company’s size and enterprise-wide goals, we provide the most comprehensive specification along with useful takeaways to implement in real-life business.
Article, Big Data & Highload, Cloud

Another interesting point about 2016 is that more than 70% of customers utilize automation tools. Using a number of automation tools meant some set plans, test scripts, etc. resulted in efforts in test automation being negatively affected causing serious maintenance problems. When a test automation is accurately designed and built, agile teams find it easier to use only one instead of some them to find and fix test cases.

Manual testers are still required in agile DevOps projects so as to partake in exploratory tests while the automated test runs. As well as looking over and fine-tuning an automated test, exploratory testers are of utmost importance on projects of DevOps because developers, as well as other members of the team, can often become complacent when following an already set-out process.

A speedy consensus amongst self-organizing Agile teams is often desired. Exploratory testing helps combat the potential devolution of team collaboration by letting a single team member ask difficult “what if” style questions. Automated testing can always run alongside exploratory testing because of its adaptable nature. This results in DevOps projects that strive to deliver software rapidly, not having to be slowed down.