Blockchain in Financial Services: What Is The Main Advantage Of This Technology

Probably most of us learned about the concept of blockchain at the same time as the massive spike in interest to the bitcoin crypto-currency arose. Bitcoin literally does not come off the pages of news about the world economy and finances, therefore it is quite logical that the technology itself attracts a lot of attention. So, let us figure out: what is blockchain, why all the incredible excitement about it, and, in particular, what role does blockchain in financial services play? We will discuss this in more detail below.

Blockchain in Banking: Understanding What is it?

So, what is the blockchain exactly? This technology is basically a way to store transaction data. In fact, it is some independent decentralized database, protected by means of cryptography and consisting of many links (hence the name). The correctness of each link is confirmed by individual users on individual computers. This makes it almost impossible to hack and change the newly created link because, in order to gain access to it, an attacker will need to hack all the computers that are involved in storing the given chain. Thus, if 1000 people confirm a particular transaction, even in cases when 999 were hacked, the transaction data stays consistent.

As for reading access, it can be private or public. In the first case, legally interested persons receive a special digital key, by means of which it is possible to decrypt the data stored in the links (if necessary, several levels of access can be set up).

Blockchain as a Variation of Fintech: How Relevant is the Use of Blockchain Applications in Finance?

This technology is ideal for money transfers, in which both sides do not want to resort to traditional services of official institutions and none of them is an absolute guarantor of reliability (the latter factor fully compensates for the unconditional transparency of transfers, because, as it was already noted above, each stage of the transfer of finances is recorded using a separate chain participant). Thus, blockchain makes a more convenient and confidential alternative to common bank transfers. It is especially relevant in cases of international money transfers, since the latter usually are charged with extra-large interests, and, in addition, take several days to verify the client data and convert currencies. Thus, currently, blockchain is actively used not only in operations with crypto-currencies but also in conventional money transfers.

In spite of the fact that initially this technology was considered to be “beyond the law” (good citizens for some reason believed that if they were offered to make a transfer bypassing common finance institutions and the state banking industry, then this procedure entails the fraudulent activity), today you can meet and very successful and, importantly, quite legal examples of the use of blockchain development applications in banking. In particular, in 2016 Bank of America and Microsoft decided to organize a joint fintech startup – a complete software blockchain platform for financial transactions.

First practical application of blockchain also appeared in 2016. There were three participants: Israel startup Wave, UK Barclay’s Bank (one of the most productive fintech accelerators in the world), and Ornua – the supplier of dairy products from Ireland, concluding a deal of $100000. What advantages did they receive from this? In addition to the obvious transparency of transaction, all participants of the project saved their time: instead of approximate 7 days associated with the verification of accompanying documentation, the financial transfer occurred within 4 hours.

Variants of Using the Blockchain Technology in Financial Services

Blockchain can become the basis for services, consumers, organizers or intermediaries of which need increased levels of the data security. These include all kinds of money transfers, micropayments and, of course, a global blockchain ecosystem’s participants, which, in turn, are divided into three main types, which we will consider below.

These include, first of all, enterprises that operate crypto-currencies. The most famous among them are Bitcoin, BitShares, and Ethereum. The purpose of their creation was to simplify and reduce the cost of making payments, regardless of the countries in which participants are located. In fact, decentralized companies are more than just a handy tool that accompanies financial transfers. They function according to public protocols instead of local laws and anyone has access to their services.

CoinBase, Bittrex, Circle and other similar services are exchanges that allow conducting transactions in the sale and purchase of the selected currency (and not only money units but also other valuable investment units). They have legal support from countries in which they are registered (unlike the previous type of companies).

Private blockchain systems, represented in the form of applications, operate on the same principle as decentralized autonomous companies, but they have a number of advantages in comparison.

Second, private blockchains solve the problems of consistency of operations and their accessibility, which are peculiar to public alternatives. For example, you may already know that the bitcoin blockchain system updates the registers only once every ten minutes, which is catastrophically long for companies that operate dozens of transactions every minute. In addition, these applications are linearly scalable, cheaper in deployment, and can be controlled by specially designated administrators.

Thus, no transaction will be committed before it is verified by the administrator. But that is not all. In cases of detection of incorrect data, the administrator, having certain authoritative rights, can personally correct the transaction data, bypassing the evidence mechanism characteristic to the same bitcoin (proof-of-work). And, most importantly: the private blockchain systems are gradually being introduced by many state-owned banks, and their customers can now rely on faster and more efficient services.

Is Blockchain Disrupting for Banking Industry?

Analyzing the above, you can ask quite a logical question: “Is blockchain disrupting for the banking industry?” We can confidently say that in the near future the blockchain companies will be able not only to integrate with the services provided by official banks but in most cases partially replace them – because of high efficiency, transparency, reliability and lower cost. It is therefore quite natural that blockchain may become a disrupting factor for some government or commercial agencies by creating cheaper alternatives under open public control. 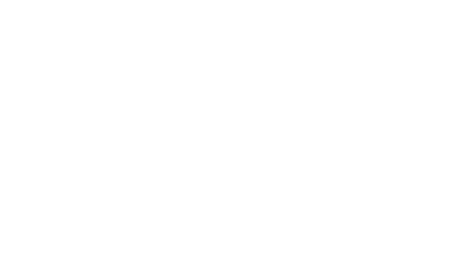 What can the Innovecs’ Experts Offer

The Innovecs IT company has extensive many-year experience in the creation of all kinds of fintech applications, including private blockchains for online banking (such as exchanges for the most valued crypto-currency today – bitcoin). Among our developments is the creation of a blockchain system for a white-label bitcoin casino solutions provider.

If you need to create your own customized solution based on this technology, please contact us, and we will gladly take up the new project.

4.61 5.0
15 Reviews
RECENT POSTS
Innovecs Recognized Among Top-quality Software Development Companies in 2020
We are excited to announce that the SoftwareWorld platform has added Innovecs to its ranking of the best Custom Software Development Companies in 2020. It is an honor for us to appear among the world’s top software developers in our industry. This significant achievement is remarkable in terms of recognition by international organizations, and simultaneously very significant in the development of our company.The SoftwareWorld itself identifies the best Custom Software Development Companies, which are demonstrating excellence in building, deploying, and implementing customized software to the customers. The software development industry is perennially changing, making it hard for newcomers. That’s where top-rated companies can come up with solutions that will help and boost other companies in the business — and it is great for us to be among them. Year after year we continue working on our professional expertise and the quality of our services, building trustful relations with our clients and partners. Innovecs is a reputable custom software development company, offering profound expertise in many fields and delivering top-notch outsourcing services to its clients. If you need to launch and maintain complex software projects, our experts are ready to help. We look forward to exploring new opportunities to work together! ABOUT SOFTWAREWORLD SoftwareWorld is a software review platform that showcases top software solutions suitable for various industries, providing a comprehensive review service by comparing the best software solutions available on the market. The platform creates unbiased lists of the top software solutions by category, helping businesses find the right solution for them.
News, Software Development
Top 10 Software Development Trends To Add Massive Value To Your Business
An unstoppable digital transformation has already affected hundreds of spheres, from supply chain management, e-commerce, public sector, to fintech, healthcare, and retail. Companies worldwide strive to embrace the latest tech to remain competitive, increase customer loyalty, and accelerate revenue streams.Many organizations are using blockchain smart contracts for seamless and secure cooperation with partners. Other representatives of modern businesses adopt AI-driven solutions to provide clients with human-like and personalized service. All these technologies seemed to be far-reaching goals a decade ago and now are being implemented and used successfully. Therefore, in this article, we highlight the best software development trends that will certainly grab attention in the next couple of years.
Article, AR / VR, Big Data & Highload, Blockchain, Software Development
Data Integration: Ultimate Guide for Your Business
Collecting large amounts of information is a pain point for today’s businesses. Industry leaders seek not only the solutions to gather massive data streams, but also tools to gain insight into the entire business system. Data integration can be the solution to resolve multiple issues associated with the processing of large sets of data. In this article, we uncover the meaning of the suggested term, define the core types, tools, and strategies for its successful incorporation. Since data integration (DI) can be interpreted quite differently, depending on the company’s size and enterprise-wide goals, we provide the most comprehensive specification along with useful takeaways to implement in real-life business.
Article, Big Data & Highload, Cloud
Table of Contents
LET’S TALK