Home | Blog | Future of Gaming: How Industry Changes Amid Pandemic 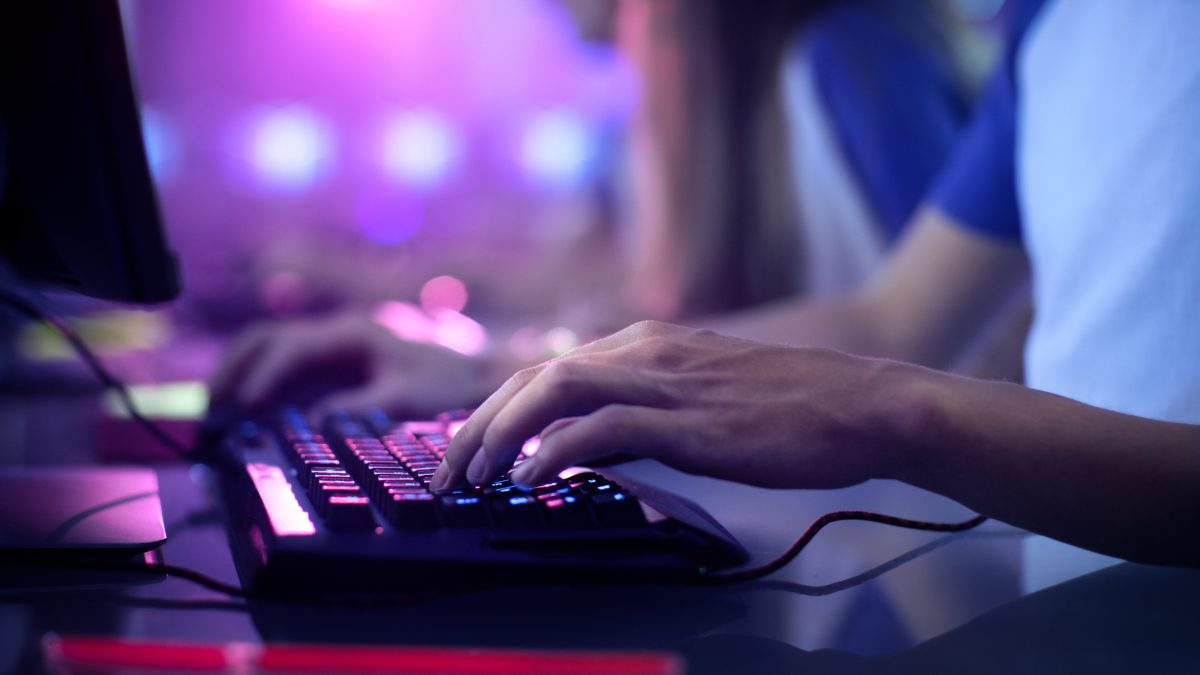 Future of Gaming: How Industry Changes Amid Pandemic

Classified as a pandemic by WHO, the COVID-19 outbreak is currently affecting almost every aspect of life. One of the measures taken to fight off this global crisis is the practice of social distancing, considered as a critical strategy to keep the virus under control. In the course of a few weeks, our daily routines across the globe have drastically changed.

Nevertheless, there are some business sectors that carry on to thrive. The earnings of a $120 billion gaming industry were officially set in motion. Globally, the industry is expected to reach a CAGR of 12% during the forecasted period 2020-2025. It’s drawing in more and more competitors, from Amazon to Facebook, Bytedance to Google.

For instance, Apple is going to list the most influencing vendors of XR games by having spent around $100 million on NextVR. This is a VR streaming startup specializing in creating virtual experiences for live events that has earlier partnered with the NBA, NHL.

As the games business faces perhaps its most unusual year so far, we’ve picked a few insights to shed some light on the future of gaming.

Potential Impact on the Gaming Industry

In comparison to many other economic sectors that are drastically affected by the pandemic, the video game industry appears more resilient. Most video game developers, publishers, and operators have been able to stay afloat with employees working from home to support game development and digital releases. 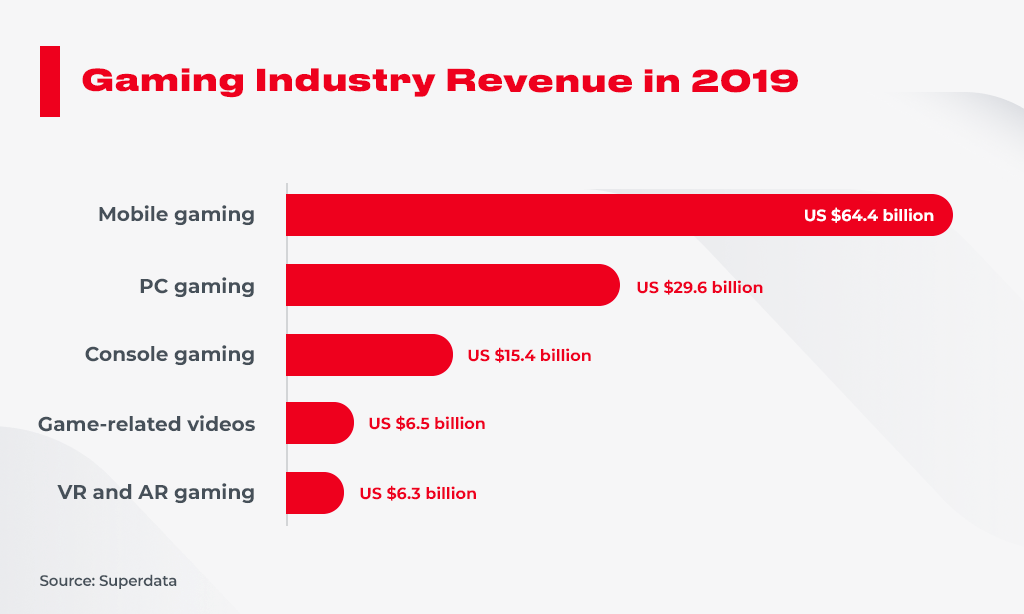 Who Are the Modern Gamers?

Moreover, with many people worldwide staying at home and unable to work, online gaming has seen the most significant numbers of players during the quarantine. For example, Valve’s Steam platform had a record of 20 million users playing at the same time on March 15, as the virus began to spread more in the US. 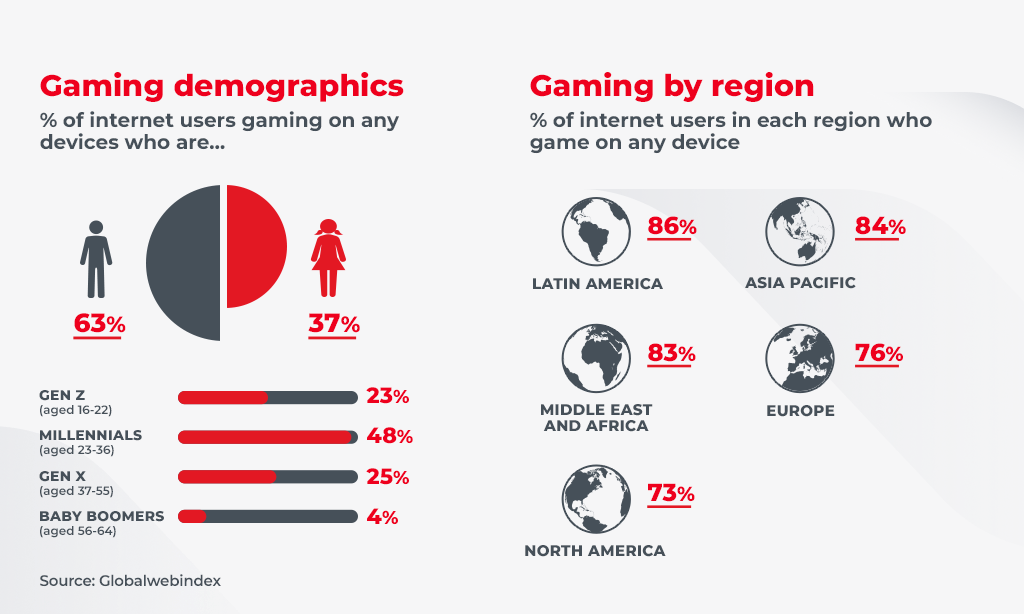 You can see in the picture above, that today, over 4 in 10 internet users are gamers, described as those who have an interest in gaming and who play games on any device. Among them, 63% are male compared to 37% of females. Males dominate as the more common gamers, doing so on almost all devices.

The Rise of E-Sports

There have still been negative consequences like cancellation or delay of the significant trade events. Thus, the inability to hold E3 2020 physically may have impacted relationships between the smaller developers and publishers. This is a big concern for indie developers who use these events for face-to-face meetings with potential partners to get investment and publishing support and possibly caused them to delay or cancel projects.

The Global Gaming Industry Report shows that providers of e-sports and fantasy sites still have their plans in place for the future of gaming. They have secured more funding, which promotes market growth. Roughly one-third of the e-sports fans in the United States (SPY) take part in online amateur tournaments. Because there is enormous potential in this sector, Activision (ATVI) and Electronic Arts (EA) are looking to increase market penetration. Asia and Europe remain a massive market for these companies. 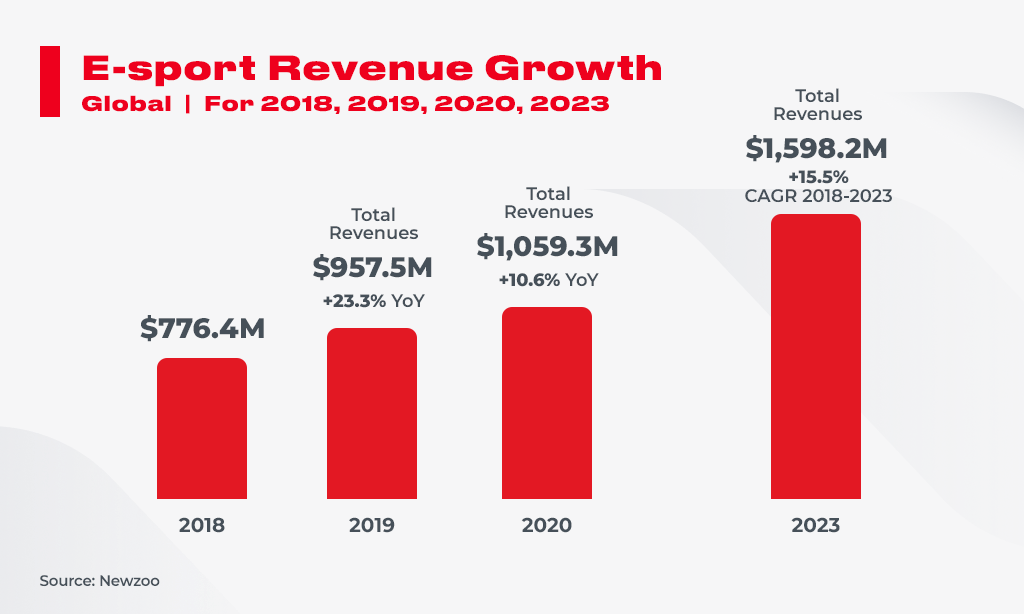 The Newzoo research reveals some data about how e-sports is going to be affected amid the pandemic in 2020. Here are the key insights of the study:

E-sports is undoubtedly one of the most attractive businesses for publishers, and that its growth is believed to be sustainable for the coming years in both developed and developing markets.

VR is the Future of Gaming

Technology is a key growth driver in the gaming industry. Facial and sound recognition, gesture control, virtual reality (VR) have entirely transformed video games and have inspired many people to play such games. 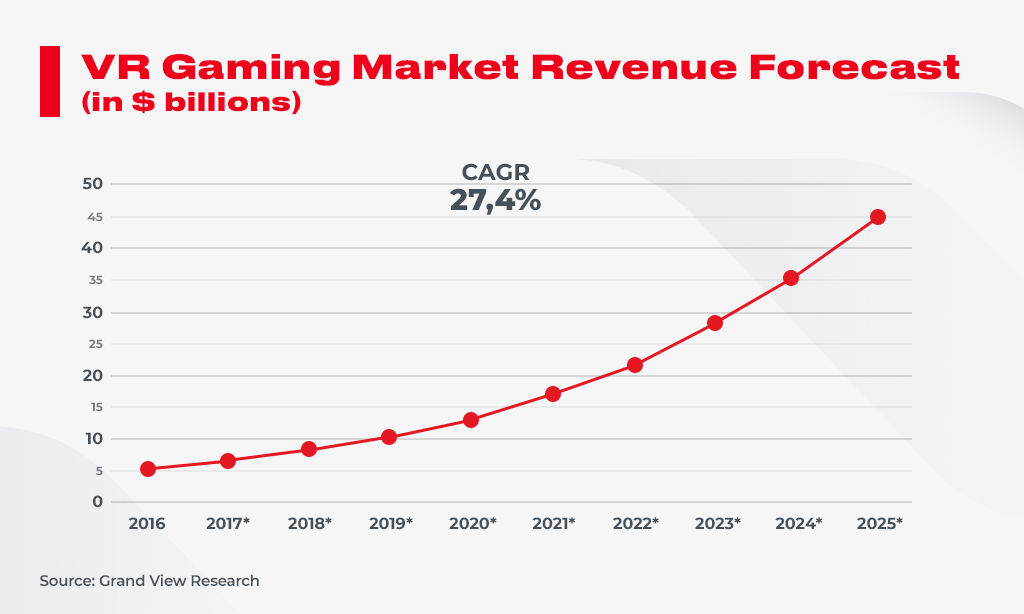 With the use of VR, players can enjoy a near-to-reality experience as they are physically active and involved in the game. Currently, several active competitive leagues use VR. Hence, developers are now focusing on AR/VR technology to differentiate games in the market.

By 2020, players are going to spend USD 4.5 billion on immersive gaming. It is 20 times more exciting and convenient than traditional games. Companies like BigScreen VR and AltspaceVR are two of the industry leaders today, accelerating a virtual future perhaps faster than many expect.

One of the industry giants, NetEnt, has created NetEnt Live Beyond Live, their newest VR Live Casino, which is to roll out over 2020. This is the first VR Live Casino and players can’t wait to see what the company has got up its sleeves. 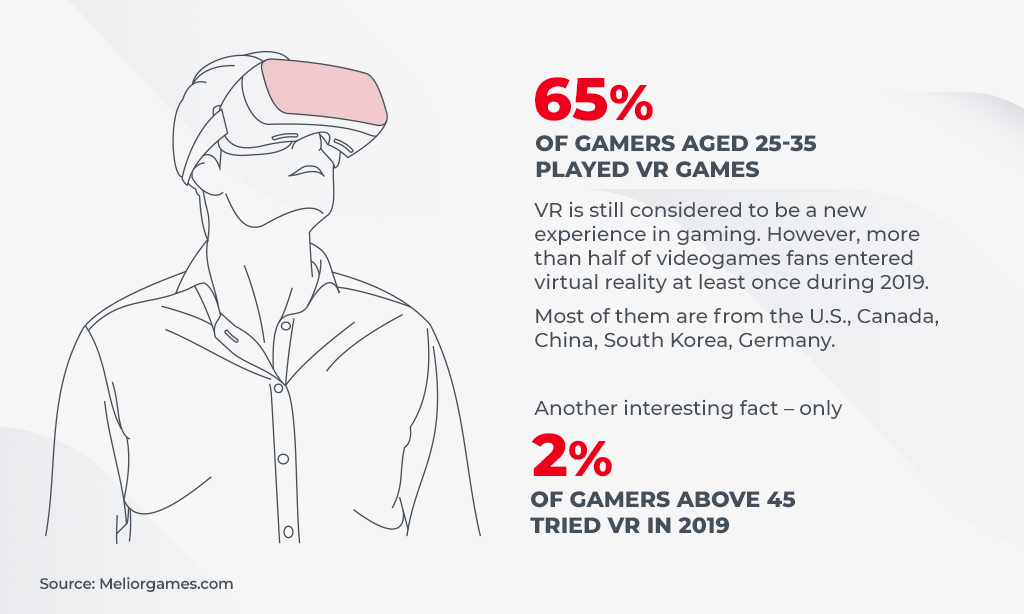 Not only VR and AR can be considered as the future of gaming. The impact of blockchain technology on games also provides a great perspective on the growth of the industry. Blockchain offers useful tools for players, including decentralized asset exchanges, verifiable scarcity of virtual objects and collectibles, fast and secure payments, and the ability for developers to monetize their games.

Finally, 5G is ready and offers 10x the speed compared to 4G. 5G is going to significantly streamline online gaming, especially when it comes to high loaded live casino streams and playing on the go as lagging and buffering streams can become a problem of the past. Thus far, China, the UK, and the USA are to roll out 5G in 2020, bringing better online casinos and 4K streaming accessible to all.

According to GlobalWebIndex’s data, more than 1 billion people (a quarter of all internet users) watch live streams of other people playing games monthly. The number of internet users in developing markets has grown dramatically in the last years due to the global spreading of Chinese smartphone manufacturers suggesting cheap smartphones and local government investment in mobile internet infrastructure.

In 2019, the UKGC (UK Gambling Commission) seriously took up casino bonuses, their advertising and related conditions. In short, the commission announced new rules for online gambling in Britain to make things fairer, safer, and more profitable for the player.

While some older websites have generally been unwilling to react to this, newer online casinos, and especially bingo sites in the last quarter of 2019, started offering casino bonuses with much lowered or no wagering requirements. Mainly, this has been achieved by offering free tickets or free spins instead of cash bonuses and players are free to make withdrawals as they want.

For 2020, players can expect better casino bonuses that work for them, are easier to understand and can be withdrawn at any point.

Indie Studios are Breaking Through with Innovative Casino Games

Indie studios (independent game development company) have always done their best to get more clients, while the iGaming landscape has been long occupied by a handful of highly successful and mature companies.

As smaller studios often create bespoke casino titles as well as innovative games, all this can change in 2020. The bigger game publishers started to take the best small studios under their platforms, meaning we can expect to play games from more indie studios.

Industry leaders like Microgaming, Scientific Games, and even NetEnt have started to acquire, partner, or license the game tech and concepts from smaller companies, aggregating their titles under one platform and letting millions of players have access to them. This is amazing for players, who otherwise wouldn’t have the likes of Big Time Gaming’s Megaways (partner of Scientific Games, Megaways is a licensed concept), or Red Tiger’s Daily Jackpots (acquired by NetEnt is 2019 as their first subsidiary studio). But this has also led to players feeling a lack of quality control was in place.

To summarize our predictions for the future of gaming sector, we have identified key trends to expect this year:


With the virus influencing many aspects of everyone’s day-to-day lives, it’s also set to influence most business sectors. At Innovecs, we count ourselves lucky. We can keep on working safely from home, so we’re continuing to deliver robust products to our customers and their end-users.

You may also like:
Game Development Process: 5 Steps to Creating a Mind-blowing Game
Most people who create video games for a living will tell you that the game development process is never as easy as one-two-three.  As the industry undergoes constant changes, the game developers must keep their fingers on the pulse. For example, the research by GlobalWebIndex shows that cloud gaming is on the rise; VR matures with PlayStation introducing virtual reality to mainstream gamers, and Valve has recently released a AAA PC VR-exclusive project that significantly spiked interest to the platform.   But what’s under the hood of a masterfully made game? Burning deadlines, bottlenecks and dependencies in production, pressure from stakeholders, and ever-changing design and requirements are just a few of the many obstacles people face during the development cycle.  Many aren’t aware of this cycle of craziness and its many steps, so let’s shed some light on the game development process.Game development, like any other project, starts with an idea. The hard part is to materialize this idea into a shippable product. To achieve this, we follow specific steps.
Article, Gaming & Entertainment, AR / VR, QA & Testing, Software Development, UI / UX Consulting
Hyper-Casual Games: High Monetization Potential To Boost Your Profit
This is the article about hyper-casual games as a popular and highly-monetized game genre with plain mechanics and engaging user experience. The basics of hyper-casual games are outlined such assimple mechanics variants, user involvement issues (game art, snackability, control power granted, plain intuitive rules), and modern trends in hyper-casual games development.Success cases are shared being focused on the importance of creating and testing game prototypes and having concern about measuring product success before outsourcing long-term collaboration. If interested in details, read the full article by the link – https://www.innovecsgames.com/blog/hyper-casual-games/
Article, Gaming & Entertainment, Software Development
Interview with Doug Dyer: Insights on the iGaming Industry in 2020
ironSource, an advertising technology company, calculated that among 792K publishers on both Apple’s Store and Google Play, there are 108K of game publishers. iGaming products are only a part of them, but quite a substantial one. New and unique gambling products are demanded worldwide. One of the most interesting markets, which has been opened up recently, is the US one because there’s advantageous legislation. iGaming software developers can gain new opportunities in every region, if they are ready to collaborate with the clients deeply, propose product design on their time and budget without quality reduction. Slots game development, virtual reality casinos, sports betting, iLotteries are developed by the Innovecs teams. And, here our VP of Gaming and Entertainment, Doug Dyer, is sharing his vision of iGaming 2020 trends, market challenges, and Innovecs strengths in the field. Read the full interview by the link – https://innovecsgaming.com/blog/outsource-game-development/
Article, Gaming & Entertainment, Mobile Apps Development, Software Development
Table of Contents
LET’S TALK